In June 1930, the late Willan Swainson published a letter in the Aberdeen Press and Journal inviting support for a club to foster the performance of chamber music. It was in response to this that the Club was born. There was at this time in Britain a remarkable increase in interest in music and in chamber music in particular, and the fledgling Club became a member of the Society of Chamber Music Clubs. Mr Swainson, an organ scholar and organist at Queen’s Cross Church, played a prominent part in the musical life of Aberdeen; he was founder of the Department of Music at Aberdeen University, of the Aberdeen Bach Choir which he conducted for many years, and of the Aberdeen Orchestral Society.

The Club was also fortunate to have in its early days the support of many active and enthusiastic men and women, drawn from most of the professions. The first president was Alexander Findlay, Emeritus Professor of Chemistry, who apparently gained his love of music from his singing in the choir at Aberdeen Grammar School. The first Secretary was William Millar Henry, an English teacher who happened also to run the choir at Aberdeen Grammar School. As well as being a musician he was, like many of our present members, a lover of the countryside and mountains and was one of the first teachers to take parties of boys to the Cairngorms. 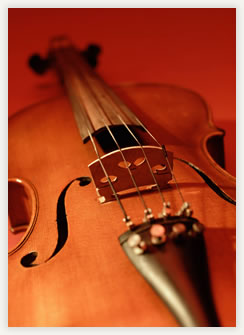 The Treasurer was William Garden, a solicitor with C and P H Chalmers, a piper of some ability, and a weekly participant for over 29 years as violinist in a string quartet with, amongst others Dr Robert Semple. The early committee included Dr George Swapp, a well-known Aberdeen GP who was also clinical assistant in the ENT Clinic and a Justice of the Peace, and who helped foster the Scottish National Orchestra; and Dr William Kelly, an eminent architect, who designed amongst others the Aberdeen Savings Bank head office at 19 Union Terrace and the parapet on Union Bridge with “Kelly’s Cats”, as the delightful bronze leopards are known.

Thanks to these individuals, concerts were presented on an annual basis, apart from a period of enforced hibernation during the war years. Amongst the many talented and distinguished artists who performed to the Club during the 1930s were theStratton, Brosa, Griller, Pro Arte, London, Hirsch, British, Prague and Budapest Quartets, the Budapest Trio, the Pirani Trioand the Dolmetsch Ensemble. Since then the Club has been fortunate to have amongst its visiting performers such groups and soloists as Peter Pears and Benjamin Britten, the Alberni Trio, the Boyd Neel Orchestra, Dame Janet Baker, the Melos Ensemble, and Alan Schiller. String quartets have included the Aeolian, Allegri, Amadeus and Janacek.

In the last ten years the Club has been fortunate in being awarded concerts by the Tunnell Trust prizewinners – brilliant young ensembles at the start of their careers. We have taken pride in seeing some of these – including the Belcea andEmperor Quartets and the Gould Piano Trio – become celebrities in later years, and we have been delighted to welcome them back to Aberdeen.

The records of the club (from 1933 to 1993) are stored in the Aberdeen City Archives, where they are available for consultation. Please contact the archivist at the Town House, Broad Street, Aberdeen, AB10 1AQ, Scotland, telephone on 01224 522513, or e-mail archives@legal.aberdeen.net.uk.